With the start of the Chinese Year of the Horse we are launching www.teamchess.com for a test period...

News
WTTCF is pleased to inform you of a...

WTTCF is pleased to inform the members of the Federation, that Dr Jenõ Kamuti - President of the Int... 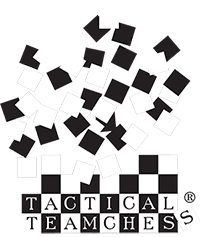 mFEN~TTC notation has two main parts (each of them has multiple fields) addressing the pattern of the pieces on the chess board and the control over them separated by „ ~ „.

Forsyth–Edwards Notation (FEN)is a standard notation for describing a particular board position of a chess game. The purpose of FEN is to provide all the necessary information to restart a traditional chess game from a particular position.

In order to be compatible with chess variants such as Chess960 (also known as Fischer Random Chess), where the initial position is not necessarily the traditional initial position, FEN has been adjusted. The solution implemented by chess engines like Shredder and Fritz_9 is to use the letters of the columns on which the rooks began the game. (This scheme is sometimes called Shredder-FEN. For the traditional setup, Shredder-FEN would use AHah instead of KQkq. [mFEN]).

Tactical TeamChess Tag extension (TTC v 1.2 standard) applies the same logic to address controll over pieces ie. which piece is controlled by which player. White players are referred by upper-case letters from A consecutively (A, B, C, D...), while the players of the black team by lower-case letters the same way (a, b, c, d, ...). Additional fields of the TTC tag address the Royal Powers, remaining time in seconds, and the tie initiatives. 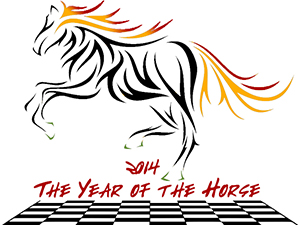 With the start of the Chinese Year of the Horse we are launching www.teamchess.com for a test period running through March 1, 2014.

WTTCF is pleased to inform the members of the Federation, that Dr Jenõ Kamuti - President of the International Committee for Fair Play and President of the Hungarian Committee for Fair Play has become Honorary Member of the World Tactical Team Chess Federation. WTTCF is confident that Mr. Kamuti, whose decades of outstanding sports career and experience in sports diplomacy in service of international sporting goals - will provide valuable contribution to our efforts in organizing the Tactical Team Chess community around the world. He will play an important role in the activities of Game Standard Committee related to arbitration and dispute management.